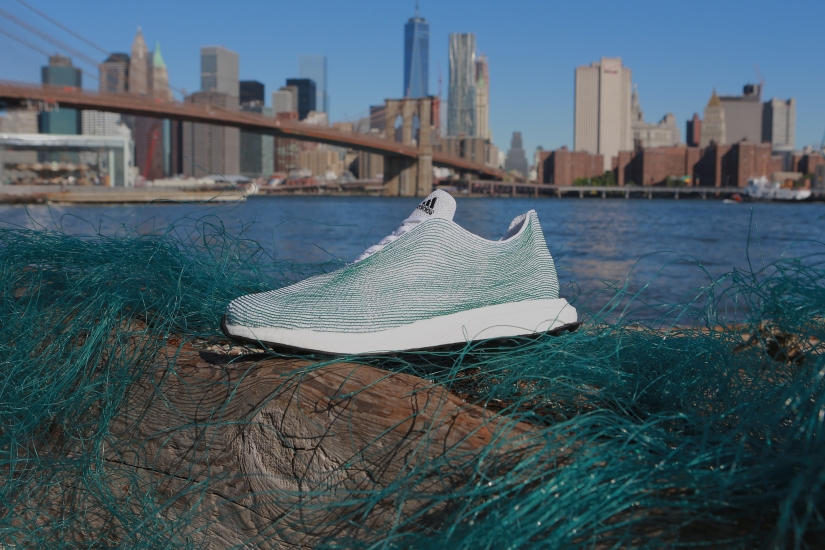 Adidas has announced plans to tackle plastic consumption and pollution by replacing plastic for good.

It comes as the company celebrated the fifth anniversary of its partnership with Parley for the Oceans, focusing on addressing the global issue of plastic pollution and the impact on the health of our oceans.

Adidas announced that during the next phase of their partnership, the companies would work on developing, testing and implementing new materials to replace plastic for good. Adidas also revealed it has become a founding partner of the Parley Institute for Material Science, which identifies and funds material replacements for plastic and other harmful and exploitative materials.

Parley and Adidas first announced their partnership at the 2015 Parley ‘Oceans. Climate. Life’ event at the United Nations. Parley’s vision is to end marine plastic pollution, which it hopes to achieve through its Parley AIR strategy. This involves avoiding plastic where possible; intercepting plastic debris and turning it into ocean plastic if plastic can’t be avoided; and redesigning plastic by inventing new materials.

The same event was a springboard for the launch of the industry-first concept trainer that featured an upper made of yarns and filaments reclaimed and recycled from ocean waste and illegal deep-sea fishing nets.

Now, to celebrate its five-year collaboration, the duo has unveiled the Adidas X Parley UltraBOOST DNA, based on the design of the historic prototype from 2015. The new trainer will be released as a limited addition, with Adidas contributed 30USD/EUR to support Parley with every purchase.

Speaking about the ongoing partnership and recent commitments, Cyrill Gutsch, CEO and founder of Parley, said: “Today is the day to look back and evaluate, to dive deep into our consciousness and ask ourselves if we did enough, if we used the time wisely, if we lived up to what we promised ourselves, what we promised our network and the general public. With the scale of the problems we’re up against, it never feels like we’re doing enough, or moving fast enough.

“Looking back, what we’ve achieved together with Adidas feels like a miracle. In the last five years, we delivered the proof of concept for our Parley AIR Strategy. Now is the time to drive the Material Revolution like never before. We have 10 years left to end the toxic age we created. The path to survival is to unite as a species and collaborate with nature.”

By the end of the year, Adidas has said it will have made 30 million pairs of shoes from Parley Ocean Plastic, putting the company on track to achieve its goal of phasing out virgin polyester in all of its products by 2024.