Tired of fighting the impulse to buy? You’re not alone. Anna Blewett explores the strong pull of fast fashion, and how to resist it… 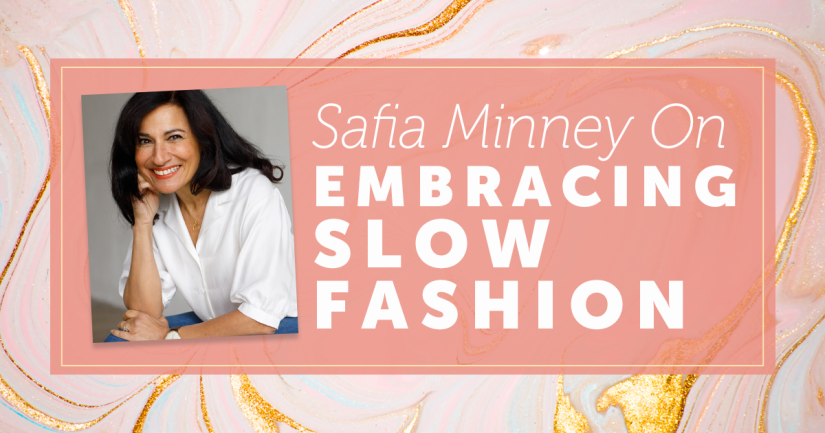 Last month, two fashion tribes came face-to-face on a battleground rather familiar to most of us. London’s Oxford Circus, place of pilgrimage for fast-fashionistas looking for a fresh hit served in a brown paper bag, were confronted by Extinction Rebellion protestors picketing the British high street’s flagship stores. But as much as we might support the fight for a greener, cleaner and kinder fashion industry, the awkward truth is that most of us could have been caught swag-handed on the wrong side of the picket line. So how, and why, has the cheap fashion model been able to dig its claws so deeply into us?

“Sustainable fashion isn’t new,” points out Aurore Bardey, course leader for the London College of Fashion’s BSc in Psychology of Fashion. “Designers have been working for hundreds of years to develop sustainable materials. All experts in the field say the same thing: we know how to design the most sustainable outfits, but people still don’t buy them.” But why not? Why not save ourselves money and faff by buying well and buying once? “When you click on the ‘buy’ button, you’re rewarding yourself instantly,” says Dr Simon Thompson, a clinical neuropsychologist at Bournemouth University, with a professional and personal interest in fashion. “But, as with many behaviours that can become addictive, there are downsides. These can be financial, of course, but also, because the immediate gratification doesn’t last, there’s a need to keep fuelling it.”

“Fashion brands, wise to our split loyalties between a better future and a £7 jumpsuit, can be accused of greenwashing”

The rise of fast fashion – garments designed to be irresistible one month, then replaced the next – has come at a huge ecological and human cost. “We know fashion and textiles is the second most polluting industry after oil,” says sustainability campaigner Safia Minney (safia-minney.com). “We also know the use of synthetics – fossil fuel-based derivatives – is highly unsustainable and fills the oceans with plastic micro-fibres. Ten percent of global emissions are from fashion and textiles; it’s deeply polluting at every level.” Safia founded successful clothing brand People Tree (peopletree.co.uk) to unleash the industry’s potential to change lives by offering fair wages to those who need them most: “We have a situation where people think at best we should pay factory workers a minimum wage – not even a living wage – when they’re forced to work in often unsafe factories far away from their families,” says Safia. “It really isn’t good enough.”

Major fashion brands, wise to our split loyalties between a better future and a £7 jumpsuit, can be accused of a little ‘greenwashing’ – giving the same rotten model a spritz of respectability with token green gestures. It’s an understandable tactic. “Most companies are locked into this fast fashion cycle,” says Anthony Kent, a professor of Fashion Marketing at Nottingham Trent University. “If your model is based on delivering new fashions every six to eight weeks, with big range updates twice a year, there’s no clear answer for how to change that.”

It explains the actions of BooHoo, a fast-fashion retailer (as if we didn’t know) that in February publicly announced a ban on wool (a sustainable and biodegradable fibre that’s not cruelty-free in all cases, and one that it didn’t use anyway by all reports) only to reverse the decision hours later amid criticism from sustainability experts. H&M, well ahead of the fast fashion pack on eco initiatives, is rumoured to have burned clothes after its scheme inviting in-store recycling was overwhelmed with donations. “We’re at a stage where there’s a lot of trialling and there’s going to be quite a lot of error,” says Anthony. “What we don’t want to do is criticise people too much for trying to find a solution.”

For Aurore, greenwashing is a serious problem. “The consumer gets a myriad of confusing information,” she points out, “and from a psychology perspective we know that when information is confusing, people don’t go any further.” Until they see Kim Kardashian Instagramming the darned gusset of her leggings, or Beyoncé cradling a pair of vintage Stan Smiths rather than posing in a sea of box-fresh Adidas, some will stick to their more disposable buying habits.

But despite the very real cause for alarm, the needle is moving towards a more sustainable model. New industry stats suggest the market for second-hand garments will eclipse demand for brand-new clothing by 2028. According to Safia Minney, we can – and must – all speed up the process. “If you’re going to buy new, you should choose sustainable and ethical garments,” she advises. “Buying an artisan-made, handmade product is a way of adding most benefit to someone’s life, and switching to organic cotton is a way of helping farmers; plus it’s biodegradable. But we must go beyond that and start cleaning up our closets, and rediscovering things we already have. I’m guilty of forgetting about a pair of much-loved jeans from three years ago that have been stuck at the back of the wardrobe, and I’m an eco activist! There’s mileage in valuing what we have.”