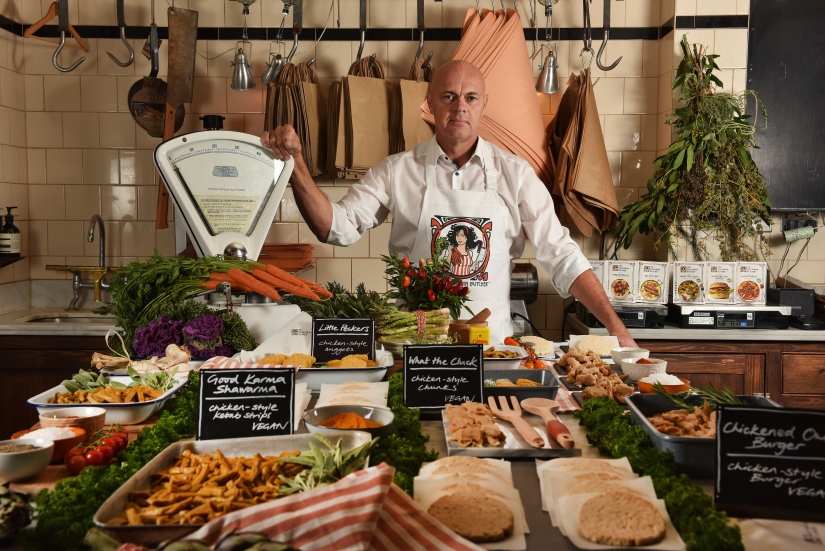 The #MeatlessMonday trend is going beyond the social media realm as one of London’s best-known butcher shops receives a meat-free makeover – and just in time for World Vegetarian Day!

On 30th September, Holland-based The Vegetarian Butcher will take over Hill & Szrok, located in East London, in what will be the UK’s first meat-free butcher shop. It’s all in a bid to offer customers a range of plant-based ‘meat’ alternatives.

Don’t be fooled by the dangling hooks and meat grinders, because everything on this day will be entirely vegetarian. But in place of the usual cuts, the shop will be stocked with veggie-friendly products like Big Bangers (Cumberland-style sausages), What the Cluck (chicken-style chunks), and Magic Mince (beef-style mince). 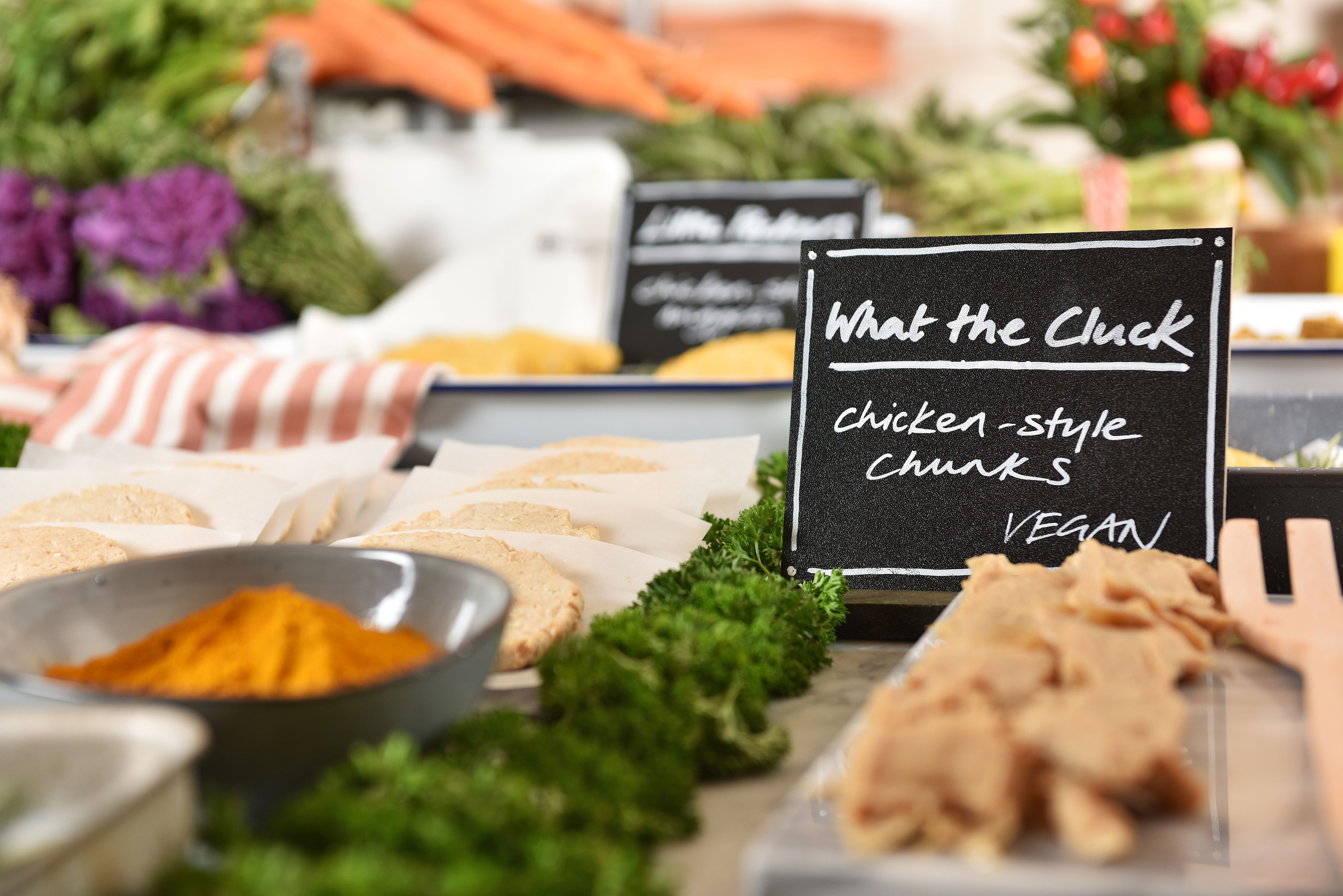 With experts predicting that by 2040, most ‘meat’ won’t even come from animals, it’s the start of a trend that could be here to stay.

And it’s just the start for The Vegetarian Butcher, which will embark on a nationwide tour, taking its van to the streets of London, Bristol, Birmingham and Manchester to encourage meat eaters to embrace flexitarianism.

With one-third of Brits reducing their meat intake, according to the 2018-2019 Waitrose Food & Drink Report, it’s perfect timing for The Vegetarian Butcher to reach meat-eaters in the UK. The brand built up a cult following in its home country after founder Jaap Korteweg, a ninth-generation farmer, decided to become vegetarian for animal welfare reasons, but still wanted to enjoy the satisfying taste and texture of meat.

“Many people think that they should eat less meat for a variety of reasons, but they feel like they simply can’t live without it,” Jaap said. “They love the taste, juiciness, and texture, and feel that it’s the highlight of their meal. That’s why we’re taking over an iconic London butcher – because our products are so unmistakably meaty, customers don’t have to miss out on anything if they take animal meat out of their diet.”

The Vegetarian Butcher will take over Hill & Szrok at 60 Broadway Market by London Fields from 9am to 6pm on Monday 30th September, with products available from £1. Want to try before you buy? The range is now available in Tesco, Waitrose, and Ocado.