You can now get your fix of vegan pastries, from croissants to muffins 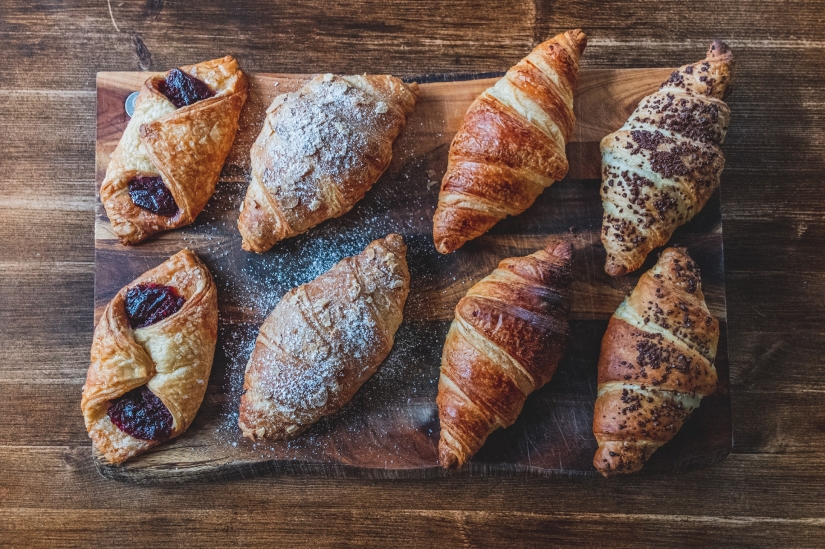 If you’re on the high street and are craving a flaky pastry or sweet treat, then be sure to make a beeline for Veggie Pret.

Pret A Manger has launched a Vegan Bakery in all Veggie Pret shops, making it the first highstreet food-to-go retailer to move to an entirely vegan bakery counter.

The launch shows the company’s dedication to innovation in vegan food, not only by creating new items, but by removing all non-vegan bakery products from sale. This exciting menu overhaul brings eight new vegan sweet treats to the Veggie Pret menu, and is available for takeaway and delivery now.

The announcement follows the success earlier this year of The Very Berry Croissant. It led the brand’s chefs to develop three more vegan croissants, which margarine and sunflower oil to recreate the buttery, light texture of traditional croissants. The new range includes a take on the classic ‘butter’ croissant, named The Vegan Plain Croissant, as well as The Vegan Almond Croissant and The Vegan Chocolate Croissant.

There’s also a new selection of muffins to choose from – Banana and Walnut, Raspberry and Coconut and ChocaMocha – as well as two vegan brownies: The Ultimate Vegan Brownie and The Vegan Hazelnut and Caramel Brownie.

“We’re really proud to be the first high street food-to-go retailer to launch a unique concept like this,” Clare Clough, UK MD of Pret said. “Expanding Veggie Pret’s offering for our vegan customers has been a huge focus of our food development over the last year and moving to an entirely vegan bakery is very much the result of that. Our previous vegan bakery products, like the Dark Chocolate & Almond Butter Cookie and The Very Berry Croissant, have always been big hits with customers – vegan and non-vegan alike. In the first few weeks of the Very Berry Croissant being on sale, it sold more than double the amount per day of the non-vegan jam croissant it replaced – so we can’t wait to hear what our customers think of these new treats!”